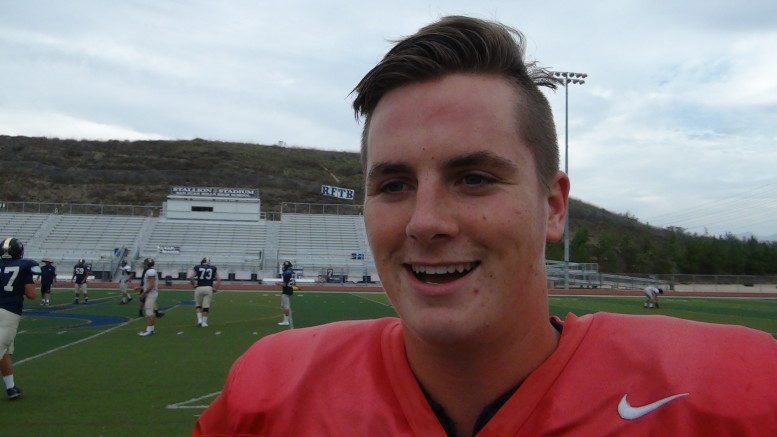 #10 Narbonne beat Los Alamitos Thursday night 35-28 in a game that saw the Gauchos score twice in a :58 second stretch, according to OCVarsity.com.

It was a match-up to two teams that have played extremely tough non-league schedules.  Los Al, which climbed as high as #13 in the High School Football America/SoCal Top 25, has now lost three straight, all to ranked teams.  Two weeks ago, Los Al lost a heartbreaker to La Habra on a Hail Mary pass on the final play of the game.

Narbonne is now 3-2 with the two losses coming by a combined four points to #7 Serra (Gardena) and #8 Long Beach Poly.

San Juan Hills‘ quarterback Patrick O’Brien continued his impressive senior season with a big passing night in the Stallions 61-24 win over Beckman.  The Nebraska-bound O’Brien was 19-of-26 for 346 yards and four touchdowns.  O’Brien also ran for a score.

Jacob Huff caught 12 of O’Brien’s passes for 249 yards and three touchdowns, according to OCVarsity.com’s game recap.