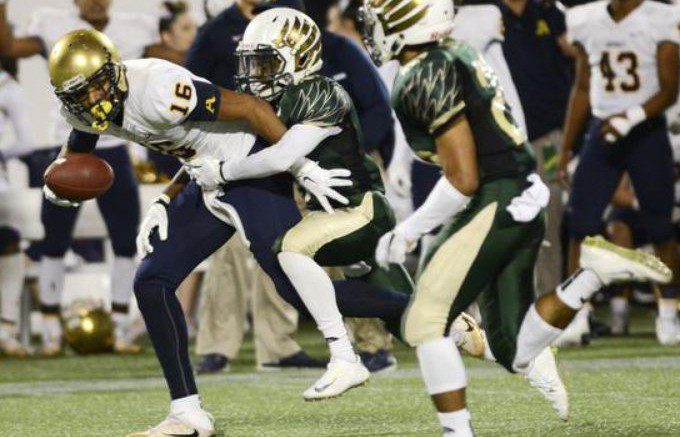 St. Thomas Aquinas (Fort Lauderdale, Fla.) has its ninth state football title in school history as the No. 11 Raiders repeated as Florida 7A champions with a 45-10 victory against Viera on Friday.

The combination of Aquinas’ running game led by Kincaide, who had 87 yards and two touchdowns at halftime, and the passing game with Allen throwing to Bruce (five catches for 61 yards in first half) and Trevon Grimes (three for 70) was too much for Viera. The bigger Raiders’ O-line was able to open holes and protect Allen.

Even with a pair of Allen first-half interceptions, Aquinas dominated with 307 total yards in the half to 88 for Viera. The final numbers were 390 yards for STA to 166 for Viera.

Charles added another TD with 7:33 left in the third quarter and then Adetutu Daranijo went 12 yards on the pick six for a 42-3 edge.

The Raiders sacked Viera quarterback Hayden Kingston five times, and he had little time for the 17 passes he did complete. The only Hawks touchdown came in the final minute, a 1-yard Malek Folston run.

Trying to beat the heat in Southern California