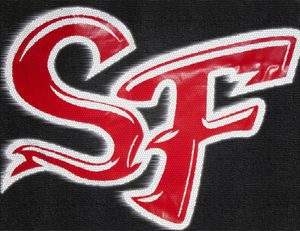 The final game of the 2015 Super 7 State Football Championships lived up its expectations Friday night at Bryant-Denny Stadium as Spanish Fort closed out the week with a 31-28 win over defending state champion Clay-Chalkville to capture the Class 6A state title.

Both teams came in unbeaten at 14-0 and both senior quarterbacks were a combined 63-0 in starts for their careers.

Senior Tyler Johnston, who had a 34-game personal winning streak heading into the contest, closed out at 35-0 with a stellar performance that garnered him MVP honors. He was 13-of-23 passing for 187 yards and two touchdowns and rushed for 79 yards on 21 carries and another touchdown for Coach Ben Blackmon’s Toros (15-0). However, it was his quarterback keeper for a single yard at midfield on fourth-and-one with 54 seconds remaining that netted a first down and sealed Spanish Fort’s fourth state title since 2010 – and its first in Class 6A.

His performance was equaled by Clay-Chalkville senior quarterback Ty Pigrome, who led the Cougars of Coach Jerry Hood to a 15-0 record in 2014 and 14 straight wins in 2015. Pigrome rushed for 124 yards on 23 carries with a spectacular 51-yard TD run and completed 17-of-32 passes for 214 yards and three more scores. For the season he accounted for 62 touchdowns – 18 rushing and 44 passing. Johnston accounted for 52 TDs for Spanish Fort – 13 rushing and 39 passing.

The Super 7 Championships closed out with 20,141 in attendance on Friday and 45,229 over the three days. That total was up 3,974 over last year’s Super 7 championships.

Spanish Fort jumped out to a 14-0 lead with Johnston scoring on a 2-yard run at 6:13 of the first period and Javon Brown adding a 2-yard TD early in the second period.

Clay-Chalkville’s offense sputtered in the first half, and after two straight 10-yard losses with just over eight minutes to play in the half, the Cougars wars facing a third-and-30 situation trailing by two touchdowns. Pigrome and senior receiver T.J. Simmons changed things in one quick motion. Simmons hauled in a pass from Pigrome on the right side of the field, crossed over to the left and streaked 52 yards for a touchdown to cut the deficit to 14-7.

Spanish Fort freshman place-kicker Matt Quinn added a 25-yard field goal with 59 seconds left in the second quarter to send the Toros in at halftime leading 17-7. The kick loomed very big in the end.

Brown scored on a 6-yard strike from Johnston to open the second half to give Spanish Fort a 24-7 lead. Pigrome shook loose for his 51-yard TD just over a minute later and the rest of the contest turned into a real battle. Nico Collins scored on a 10-yard pass from Pigrome early in the fourth quarter to make it 24-21.

Johnston answered with a 71-yard pass to Brown two plays later to set up a 17-yard touchdown connection to his senior receiver on the very next snap as the Toros stretched to a 31-21 lead.

Brandon Berry capped a nine-play, 75-yard Clay-Chalkville march with a 22-yard touchdown reception from Pigrome with 3:12 remaining as the Cougars pulled to within 3. They never got the ball back.

Brown finished with 76 yards rushing on seven carries and had six catches for 110 yards for Spanish Fort. Collins had five catches for 68 yards and Simmons had three for 87 for Clay-Chalkville.

Scorestream’s Photos of the Week