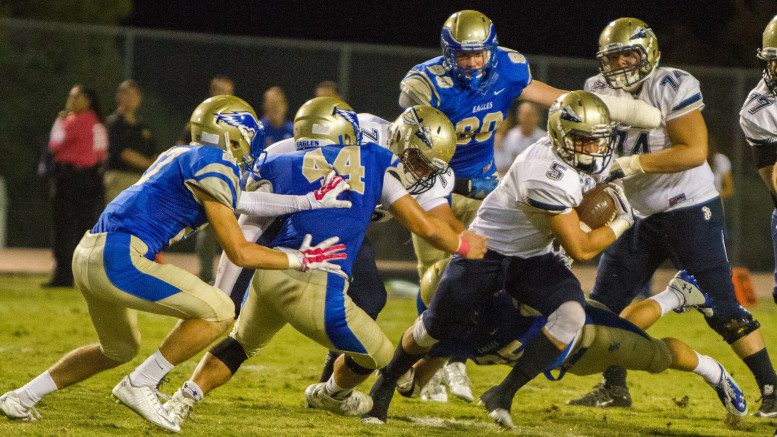 Leading the way is St. John Bosco (Bellflower, California) running back Sean McGrew, who earlier this week was named as the High School Football America/National High School Coaches Association Senior Football Player of the Year.  McGrew, who’s going to the University of Washington, had an outstanding career, averaging 9.1 yards per carry over his three years with the Braves.

This past season, McGrew ran for more than 1,800 yards and 27 touchdowns while leading his team to a 13-1 record, finishing #8 in the nation in the High School Football America top 25.

IMG Academy, which finished #7 in our national rankings, placed two players on our First Team Offense  — quarterback Shea Patterson and tight end Issac Nauta.  Both have already enrolled at their college of choice, Patterson at Ole Miss and Nauta at Georgia.