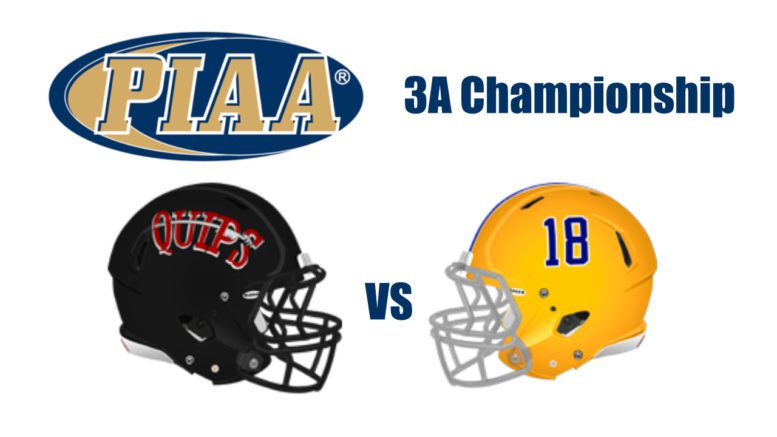 In the Western bracket last weekend Aliquippa dominated Sharon in a 41-7 win. The Quips are looking to win their first state title in 15 years. The Quips have won two state titles (2003, 1991).

A look at some key Middletown players:

Trayvon Joseph, Gage Radabaugh and Lamar Ventura are key at the linebacker position.

The Blue Raiders secondary has a big challenge against the Quips bigger and faster receivers. Cole Senior and Antonio Bryant are the corners. The safeties are Richie Sykes and Odell Greene.

Thoughts on the game:

The past two years Middletown has been runner up at the PIAA Class 3A State finals. They lost last year to Quaker Valley and in 2016 to Beaver Falls.

So what was the key in their loss? The teams they played were good, but they helped by allowing turnovers. You can’t turrn the football over and beat a good football team.

So they need to protect the ball and create turnovers on defense.

Aliquippa on offense has size and speed everywhere. They do a good job stretching you vertically in the pass game. They have a nice run game that does the same thing. They have weapons all over the field.

It will be a challenge for Middletown’s defense to slow them down.

On defense the Quips have nice size on the line. They active linebackers and speed in the secondary. The Blue Raiders need to find a way to get their playmakers in space.

A look at some key Aliquippa players:

Aliquippa Quarterback, Eli Kosanovich completed 137 of 217 passes for 2,798 and 35 touchdowns and three interceptions.

Running Back Avante McKenzie rushed for 1,444 yards on 177 carries and 31 touchdowns.

Trinity moves to #32 in national rankings