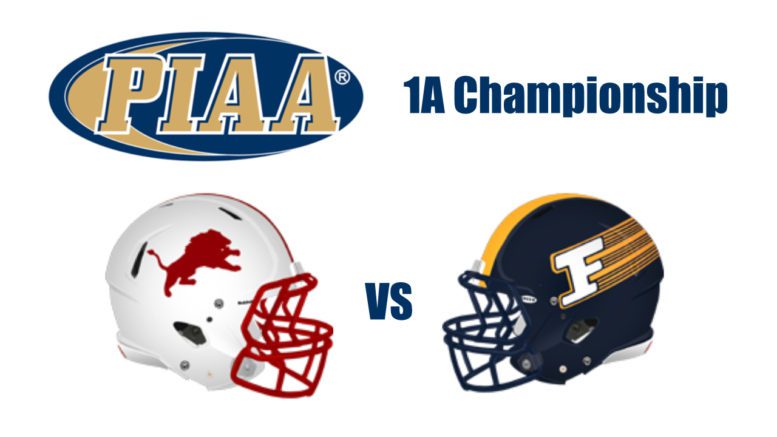 HERSHEY – Lackawanna Trail defeated Juniata Valley 24-14 in the PIAA 1A State Semifinals last weekend. This will be Lackawanna Trail’s first trip to Hershey and they face a powerful Farrell team out of District 10.

The Lions are a traditional wing-T offense. Look for Lackawanna Trail to have up to five backs touch the ball Thursday afternoon. Their leading rusher is fullback Ray Meinkoff and they have four other backs that have rushed for over 500 yards this season.

The key on offense for the Lions is to spread the ball around, earn the tough yards, score in the red zone and control the clock.

On defense the Lions need to be disciplined and run to the football. They need to be physical against a bigger team and don’t give up any explosive plays.

A look out West.

Their star running back, Christian Lewis, had two long runs in the second half of last week’s game to lead the Steelers to the Class 1A state title game.

Kyi Wright scored twice last week and will be tough to bring down. The 6-foot-3, 240-pound Pitt recruit is also an outstanding linebacker.

The Steelers have size on the line. The lineman all weigh in at over 270 pounds. They have size and speed and will be a big challenge for a much smaller Lackawanna Trail team.

Some key players to keep a eye on Thursday afternoon:

Quarterback Kyi Wright completed 91 of 128 passes for 1,627 yards, 28 touchdowns and only two interceptions. He rushed for 586 yards on 74 carries and 12 touchdowns.

Quarterback: Nathan Rolka 48 of 103 829 yards and eight touchdowns and seven interceptions. He has rushed for 733 yards on 135 carries and 11 touchdowns.

PREVIEW: Around the Southern California Top 25