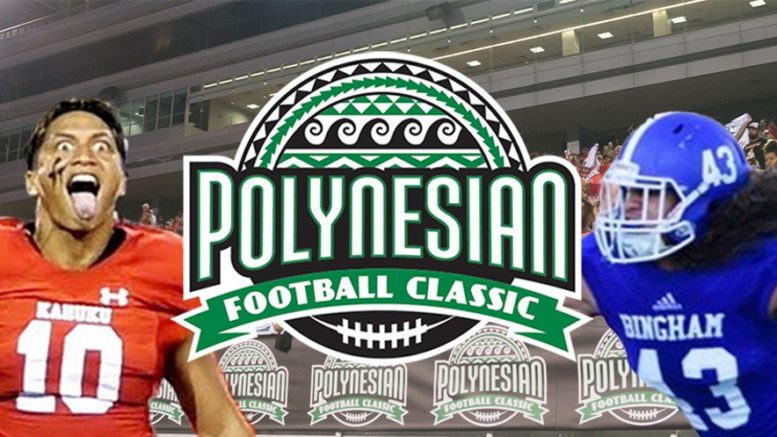 The Polynesian Football Classic is growing from two games last year to five games in 2018.  Officials have announced the line-up for this year’s two-day event that will be played September 7-8 at Liberty High School in Henderson, Nevada.

A fifth game for Saturday will be announced in the near future.

“As a native Hawaiian, it is an honor to participate in the Polynesian Football Classic,” said Chandler head football coach Shaun Aguano. “The Classic has quickly become one of the premier high school football events in the country.”

“Polynesians have been an integral part of our football program for many years,” said Carson Colts head football coach Arnold Ale. “We’re honored to be included with so many other great teams in this year’s Classic.”