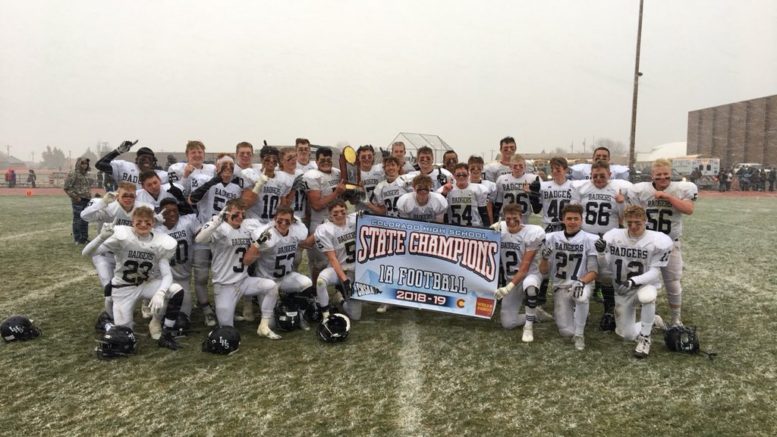 Limon has 18 Colorado high school football titles, the most in the state. Twitter photo by @AdamHothersall

Sterling is Colorado’s 2A state champ after beating Delta 27-19 Saturday at CSU-Pueblo Stadium. Delta actually led 19-14 with 9:34 to go in the game

2A game recap from CHSAA Now

Limon won its second straight 1A state title with a 26-13 win over Strasburg in a rematch of the 2018 title game. It gives Limon a state record 18 overall state football championships.

Sedgwick County won its fifth straight 8-man championship with a 44-8 win over Fowler. Limon and Valor Christian are the only schools in the state to win six straight state titles. Limon did it from 1963 through 1968, while VC did it from 2009 through 2013.

The 6-man title goes to Fleming after a 28-27 win over Stratton/Liberty. Fleming finishes with a perfect 13-0 record.