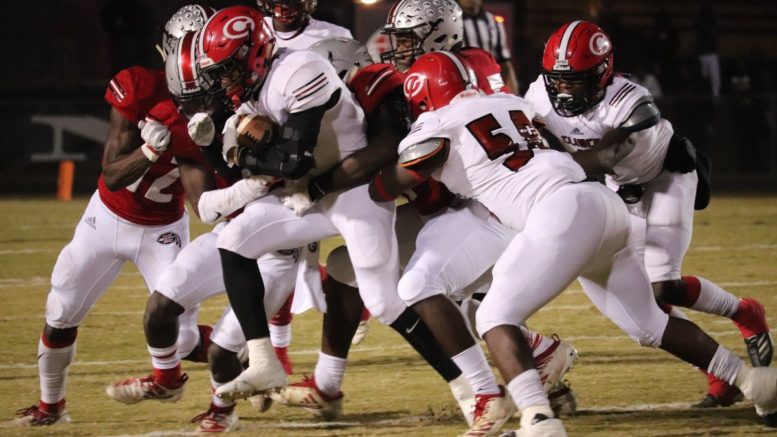 Harrison captured its first-ever Georgia high school football state championship Saturday with a 20-7 win over Allatoona 20-7 in the Class 6A title at Georgia State Stadium.

In 3A, Cedar Grove, ranked No. 122 in our national rankings, captured its second straight Georgia state title with a 21-14 win over Crisp County.

Dublin captured its first state title since 2006 with a 42-32 victory over Brooks County in the 2A title game. Jacques Evans carried the ball 40 times for 185 yards and a touchdown.

Irwin County won the 1A Public title with a 56-14 win over Marion County. The Indians, who will probably find themselves in our final High School Football America Small Schools Top 25, finish a perfect 13-0.

Eagle’s Landing Christian Academy will also be in the hunt for the national Small Schools Top 25 after it won its fifth straight Georgia High School Association state championship. ELCA beat Wesleyan 33-13 for the 1A Private championship. It’s the first time any school in Georgia has won five straight football championships.

Grayson moves to No. 1 in the High School Football America Georgia Top 25