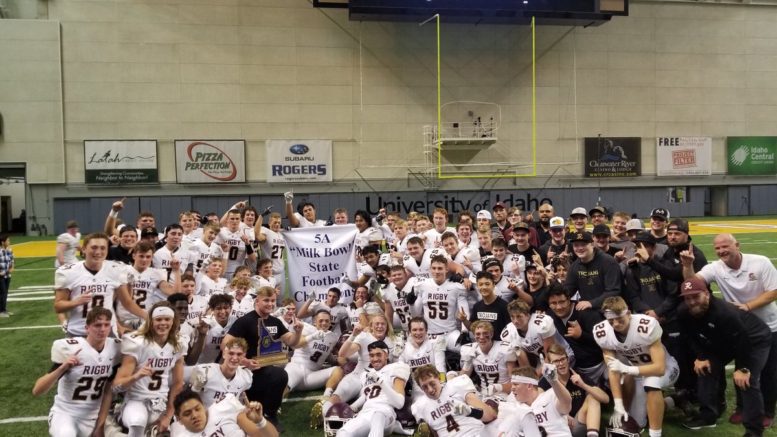 In one of the most exciting Idaho high school football state championships of all-time, Rigby, No. 2 in the High School Football America Idaho Top 5, beat No. 1 Coeur d’Alene 57-56 in double overtime to win the Class 5A championship.

Quarterback Keegan Thompson led the way in the comebacks by completing 20-of-32 for 289 yards and six touchdowns. He also ran for 122 yards.

Kuna won the 4A state championship with a 49-35 win over Blackfoot. The Kaveman finished a perfect season behind quarterback Sean Austin, who completed 21 of 30 passes for 326 yards and three touchdowns in the championship game.

Sugar-Salem won another 3A state title. The Diggers went back-to-back with a 48-14 win over Homedale.

West Side captured the 2A state championship with a 14-13 win over McCall-Donnelly. It is the school’s first state football championship.

Class 1A Division I 8-Man

Idaho Top 5 showdown this week between No. 1 Rigby and No. 2 Highland