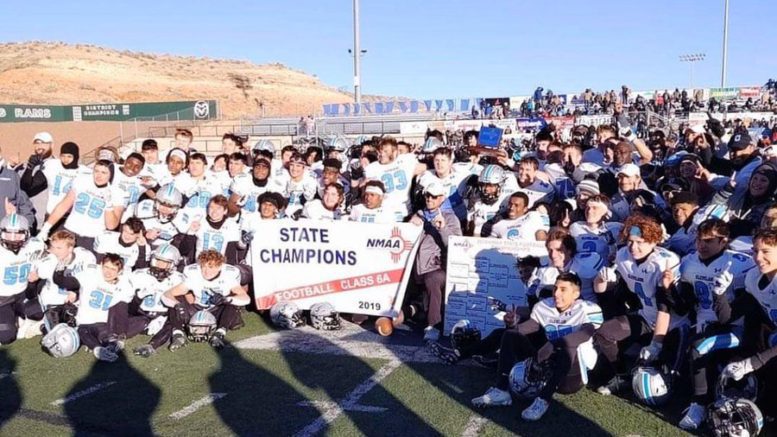 Cleveland won its third New Mexico high school football championship overall with a 48-40 win over Rio Rancho in Class 6A title. Dorian Lewis scored four rushing touchdowns, plus he caught a touchdown pass for the Storm, which finishes with an 11-2 record.

In 5A, Roswell won its second straight state championship with a 25-19 win over Las Lunas.

For the second time in four years, Portales is a state champ. The Rams beat Bloomfield 23-0 to capture the 2019 4A state championship.

Portales wins the 2019 NMAA 4A State Football Championship over Bloomfield, 23-0. Congratulations to both teams on a fantastic season. pic.twitter.com/PtRXNblewW

A New Era: The Women behind the Men