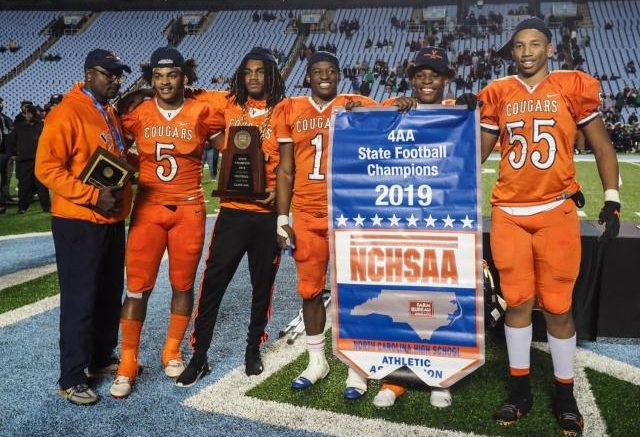 Incredible catch by @JEPayne5 for @VanceCougarsFB in the 4AA State Championship. An 84 yard TD 🙌 pic.twitter.com/gG51ZaxmlC

After a rough 2-3 start against a very tough schedule, Charlotte Catholic won its third straight 3A state championship with a 23-7 win on Southeast Nash.