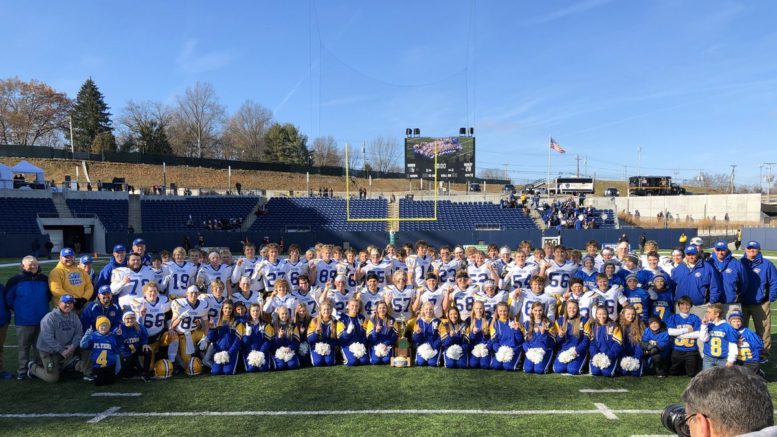 The 2019 Ohio Division IV high school football championship goes to Clyde with a 42-14 win over Licking Valley. The win capped an incredible run by the Fliers, who were a 8th seed in the regionals.

Clyde QB Ryan Lozier had a great game, compling 8-of-9 passes for 96 yards and he ran for 84 yards and two touchdowns.

#OHSAA D4 Football: Clyde takes 8:54 off the clock and goes 65 yards in 16 plays topped off by a 4th-and-goal Gunner Golden 1-yard touchdown dive.

1:07 left in the second quarter

#OHSAA D6 Football: Anna scores from two yards out on a Riley Huelskamp carry to get on the board with 4:37 left in the first quarter.

And, Marion Local is now tied with St. Ignatius for the most all-time high school football championships. The Flyers beat Lucas 28-6 for the 2019 Division VII title. It was Marion Local’s ninth straight state championship game and 14th overall.

#OHSAA D7 FOOTBALL: Brandon Fleck runs it in from 8 yards out to give Marion Local a 14-0 lead with 11:21 left in the first half. pic.twitter.com/HBjLuqVgUG

#OHSAA D7 FOOTBALL: Brandon Fleck scores his third TD of the game to extend the Marion Local lead back to three scores.

2:36 remaining in the game. pic.twitter.com/n4nSmO4tUz