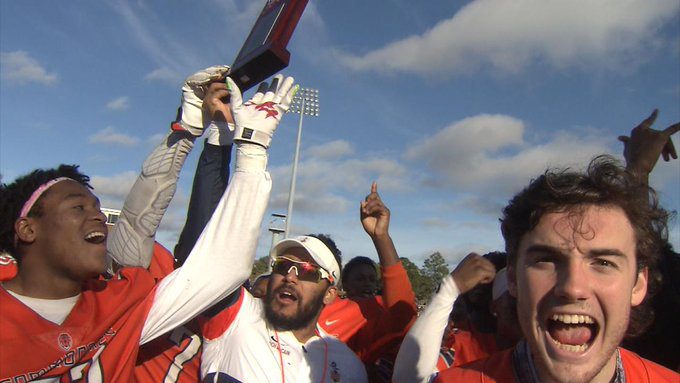 South County, No. 2 in the High School football America Virginia Top 10, claimed its first-ever high school football title with a 14-13 victory over top-ranked Oscar Smith in the Class 6 title game.

The difference in the ballgame was a missed extra point by Oscar Smith.

For the first time since 1939, Maury is a state football champ. The Commodores capped a perfect 15-0 with a 28-21 win over Stone Bridge, which entered the game No. 2 in our statewide rankings. Maury will move-up from its No. 8 ranking when our final Virginia Top 10 is released next week.

The Class 4 championship goes to Lake Taylor. The Titans beat Tuscarora 34-14, giving the school its third over football state championship. LT also won state in 2012 and 2014.

And, in Class 1, Riverheads won its fourth straight state title with a 31-24 win over Galax.

High school football attendance to remain at 250 in Virginia, at least through the end of the month