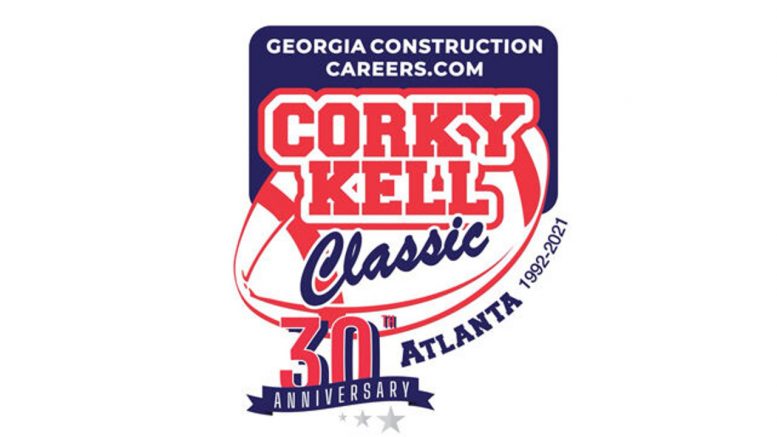 11 games in four days is what the Corky Kell Classic will give Georgia fans in-and-around Atlanta to kick-off the 2021 season. The 11-game card features 13 teams that begin the year ranked in the High School Football America 300 preseason rankings.

The season-opening kickoff classic will open with a doubleheader Wednesday night at West Forsyth High School and will culminate with five games at Mercedes-Benz Stadium, home of the National Football League’s Atlanta Falcons on Saturday.

The first game at 5:30 P.M. on Wednesday will feature Cherokee taking-on Mays. Cherokee received an honorable mention national ranking that puts the Warriors somewhere between No. 201 and No. 300.

Cherokee is led by Elite 11 quarterback AJ Swann, who has given his verbal commitment to Maryland.

In all, there will be five games featuring head-to-head matchups between teams in the Top 300.

On Thursday at Dacula High School, No. 196 Westlake takes-on Archer, which, like Cherokee, received an honorable mention ranking. Westlake was named champs of the Corky Kell 7-on-7 over the summer when the tournament was cut short by bad weather.

On Friday also at Dacula, No. 49 Buford will face No. 110 North Cobb. It will be a rematch of last year’s game on September 11 when North Cobb surprised many with a 28-14 victory.

Buford went-on to win the state’s 6A state championship in December. North Cobb advanced to the second round of the 7A playoffs.

On Saturday at Mercedes-Benz Stadium, Alabama-power Hoover will square-off with North Gwinnett. Hoover is ranked No. 36 in our preseason Top 100. North Gwinnett enters 2021 at No. 189 in our national rankings powered by NFL Play Football, the NFL’s initiative to provide fun and engaging experience for players of all ages and skill levels.

Hoover is the first out-of-state team to play in the Corky Kell, which turns 30-years old with this year’s event.

The Hoover/North Gwinnett game is sandwiched between No. 13 Lowndes taking-on Walton (Honorable Mention) and No. 66 Collins Hill facing No. 134 Brookwood.

The other nationally-ranked teams at Mercedes-Benz on Saturday will be McEachern (Honorable Mention) facing Kell and No. 179 Parkview playing Mill Creek.

Below is the entire schedule: