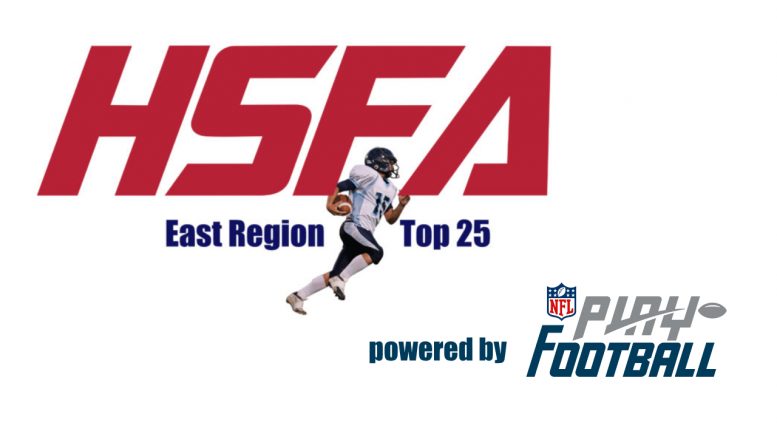 Three-time defending Pennsylvania 6A champ St. Joseph’s Prep starts 2021 as the No. 1 team in the High School Football America East Region Top 25 powered by NFL Play Football, the NFL’s initiative to provide fun and engaging experience for players of all ages and skill levels.

In addition to looking for a fourth straight state title, the Hawks are hoping to challenge for a national championship. SJP begins the season ranked No. 9 in the High School Football America 100 national rankings.

During the 2020-21 high school football season, St. Joe’s finished No. 6 nationally, led by our national player of the year Kyle McCord, who is now at Ohio State.

Checking-in at No. 2 in our preseason East rankings is New Jersey’s Bergen Catholic. Four of the top five teams hail from the Garden State with St. Peter’s checking-in at No. 3, St. Joseph Regional (Montvale) at No. 4 and Don Bosco Prep at No. 5.

Pennsylvania leads the way with twelve teams in the Top 25, followed by New Jersey with ten. New York has two Top 25 teams. Springfield Central is the only team from Massachusetts in our regional rankings.

Who’s “Bubbling” in our high school football rankings this week?