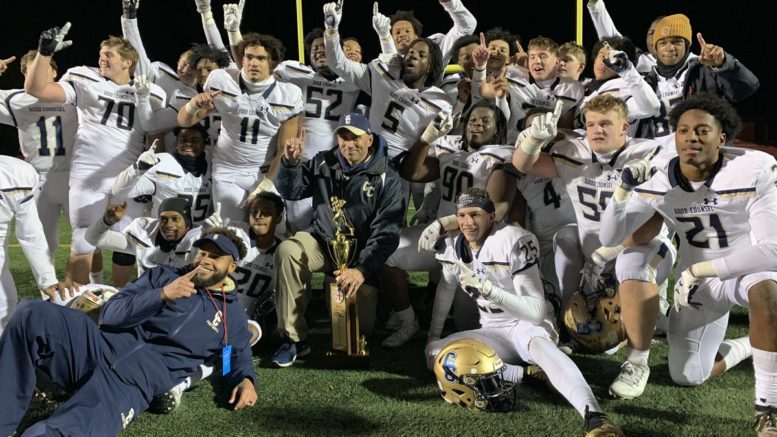 For the first time in eight years, Good Counsel is the champion of the Washington Catholic Athletic Conference. The Falcons kicked a field goal with :14 seconds to go in the game to beat regular season champ St. John’s 16-14 on Sunday.

Vince Errigo was the hero with the 32-yard field goal, which came after he missed an extra-point when Good Counsel, which entered the game ranked No. 25 in the High School Football America 100, took a 13-7 lead early in the 4th quarter.

Things looked bleak for Good Counsel when  St. John’s quarterback Sol-Jay Maiava connected with Rakim Jarrett on a 38-yard touchdown pass that gave the Cadets a 14-13 lead with under two minutes to play.