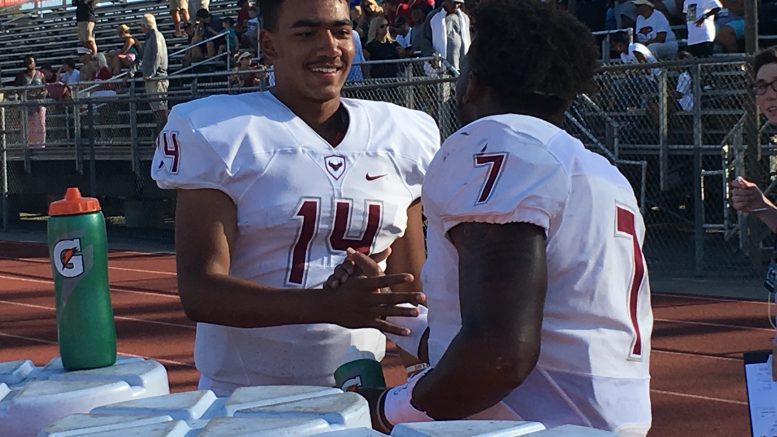 St. Joseph’s Prep (Pennsylvania) star running back D’Andre Swift capped a big week for him and his family with an impressive performance in the 2016 Honor Bowl in Mission Viejo, California against Oaks Christian (California).  Swift, who verbally committed to Georgia on Thursday, scored four touchdowns, including a 90 yard catch and run on the first play of the game to lead the Hawks, ranked #33 in the High School Football America Top 50, to a 49-17 over Oaks Christian (1-1), which entered the game ranked #6 in our SoCal Top 25.

Swift finished the game with 175 receiving yards and 121 rushing yards, while his teammate Christian Waller also cracked the century mark on the ground with 159 yards and two touchdowns.

No time to rest for St. Joe’s as the Hawks return to the East Coast to begin preparing for Don Bosco Prep (New Jersey).  Bosco entered Friday night’s game ranked #18 in the High School Football America Top 25, but lost in Florida to American Heritage (Plantation) 21-0.

St. Joseph’s Prep opens regular season this weekend No. 1 in the Pennsylvania Top 25