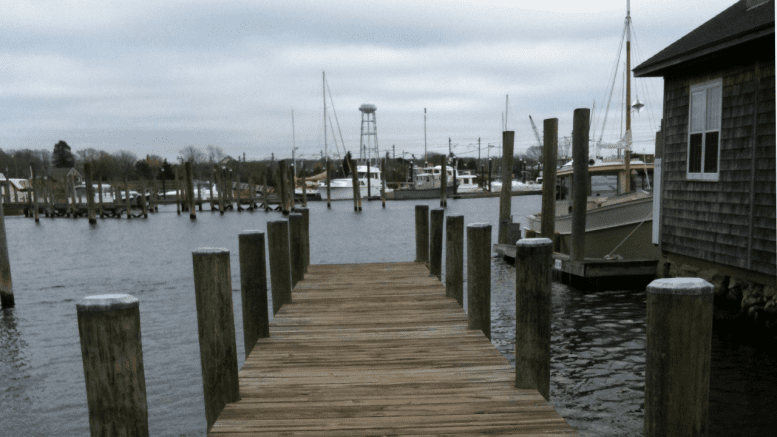 Lots of fog in Mystic, Connecticut this morning, but it’s warm 48 degrees.

Energy levels are high as Trish Hoffman and I get ready to travel about 25-miles north to Norwich for the 148th meeting of Norwich Free Academy and New London. This is America’s oldest high school football game!

While there are plenty of schools with bigger Thanksgiving Day traditions, it’s hard look past the fact that these two played the first high school football game on May 12, 1875.  NFA and New London only started playing on Turkey Day in 2000.

From our perspective there’s nothing better than attending a Thanksgiving morning high school football game.

Yesterday’s pep rally and Powder Puff game at New London were awesome. We can’t wait to get to the field around 9 o’clock this morning to start sending pics and reports on Twitter.

On a non-football note, we dined at Captain Daniel Packer Inne. Inside this building that was completed in 1756, we ate some food in an awesome atmosphere. We highly-recommend their New England clam chowder.

After the game, we’re heading to Newport, Rhode Island for a turkey day dinner at the White Horse Tavern, which was built in 1652!

Have a great day everyone, let’s not forget to think of those who are homeless or without family today, plus those serving in the military .