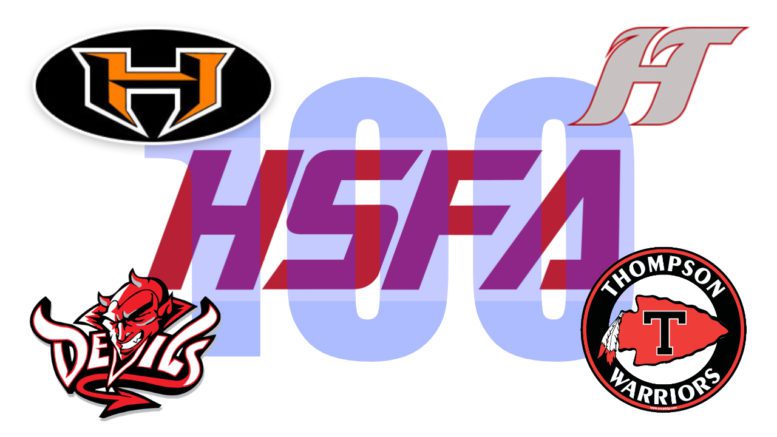 The overall strength of high school football in the state of Alabama in 2018 is evidenced by the fact that four teams from the state are in the High School Football America Preseason 100 national rankings that are created with our proprietary algorithm.

Leading the way is two-time defending 7A state champ Hoover at No. 6. Falling in behind the Bucs is Hewitt-Trussville at No. 28, Central (Phenix City) at No. 39 and Thompson at No. 54. Defending 6A champ Pinson Valley is “on the bubble” at No. 103.

Hoover will play four teams in the Preseason 100. Aside from H-T and Pinson Valley, the Bucs, who finished No. 43 in our Top 100 last year, will face No. 5 IMG Academy from Bradenton, Florida and No. 9 St. John’s College High School from Washington, D.C.

The Bucs first four games can be described as a gauntlet with the August 25 game against Pinson Valley being television on ESPN. The next weekend the Bucs host St. John’s, followed by road games against Thompson and Hewitt-Trussville. If Hoover can survive the start and run the table heading into its final regular season game against IMG, the Bucs would be in position to win a national championship.

In addition to playing Region 3 foes Hoover on September 14 and Thompson on October 26 , Hewitt-Trussville, which lost in the second round of the 2017 playoffs to the Bucs, will play two solid out of state opponents from Georgia — Cedar Grove and West Forsyth — this year. Last season, the Huskies spent the entire season in the Top 100 until their playoff loss to Hoover.

Central, which finished No. 69 in the nation last year, will also play two out of state opponents in Mays from Georgia and Meridian from Mississippi.

Below is the entire Preseason Top 100:

No. 71 St. Edward tops No. 69 St. Ignatius on week after losing in their Ohio rivalry game

No. 44 St. Joseph Regional knocks-off No. 10 DePaul in Jersey showdown