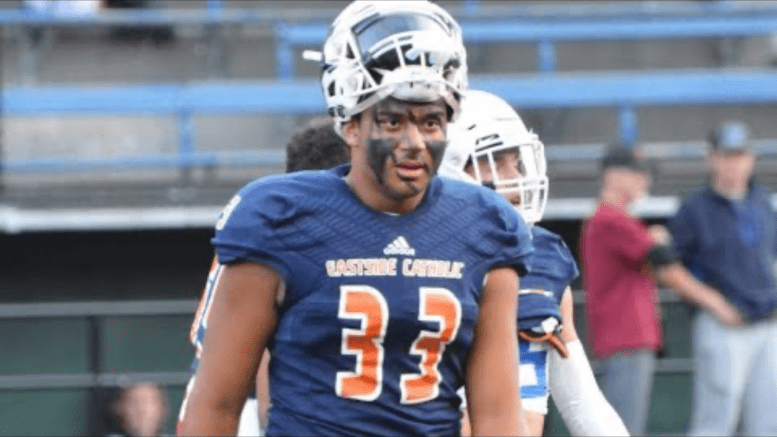 It took longer than most recruiting decisions, but Ohio State fans will be happy with the wait for J.T. Tuimoloau of Eastside Catholic in Washington. The 5-star defensive lineman set-off a July 4th celebration in Columbus when he announced that he was heading to to the Buckeye State for his college football career.

Unlike many in the Class of 2021, who signed their Letter of Intent during the coronavirus pandemic, Tuimoloau wanted to make his official visits before making his decision. In addition to the Buckeyes, he visited Oregon, USC and Washington.

Alabama had been in Tuimoloau’s top five, but he decided against the Crimson Tide several weeks ago.

Tuimoloau is rated as the No. 3 overall recruit in 247Sports.com’s composite rankings. During his junior year, he led EC in tackles (64) and sacks (11).