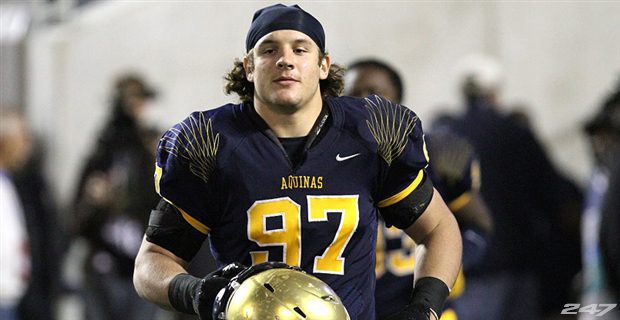 According to multiple media reports, including 247Sports.com, St. Thomas Aquinas (Florida) 5-star defensive end Nick Bosa will miss the rest of the season with a knee injury.  Bosa, who has given his verbal commitment to Ohio State where his brother Joey plays, was injured in Friday night’s game against Blanche Ely.

Ready to get this recovery going

According to Bosa’s stats on MaxPreps, he’s had five sacks this season and 13.5 tackles for loss.