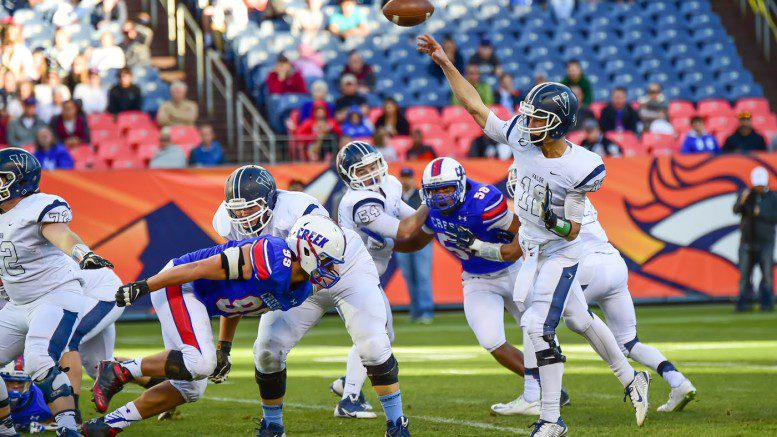 The fathers know each other from their college days at Stanford when McCaffrey was a senior and Stenstrom was a redshirt freshman.

Last season, Dylan McCaffrey was 167-for-279 passes for 2,378 yards with 22 touchdowns and only six interceptions.

In all, three McCaffrey’s have played at Valor.  Christian McCaffrey, who had over 700 all-purpose yards as a true freshman running back at Stanford last year, holds the Colorado high school record for all-purpose yards in a career while leading the Eagles to four state titles.

Valor Christian, which last in the 5A championship game in 2014, opens its season Friday night against Bonneville from Idaho.  The Eagles will also take to the road for two out-of-state games this year when they visit Bentonville in Arkansas and East High in Utah.