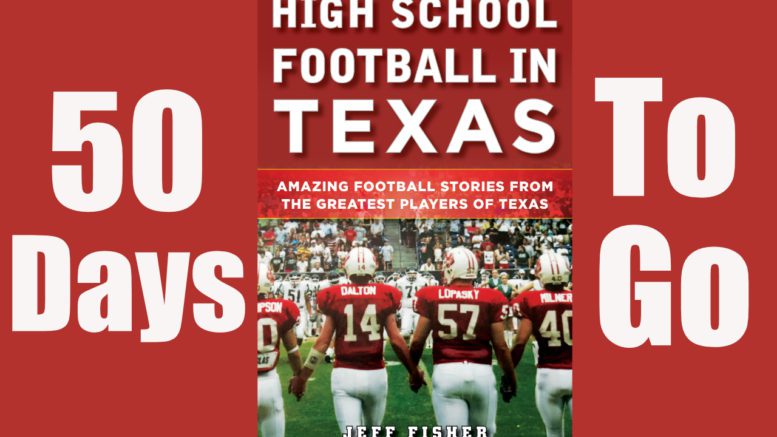 50 days and counting until my book High School Football in Texas: Amazing Football Stories From the Greatest Players of Texas comes out. The book takes readers on a journey with two dozen NFL players, nine of whom are in the Pro Football Hall of Fame, back to their days in high school.

Here’s the alphabetical list of players that have a featured chapter in the book that is published by Skyhorse Publishing:

Others featured in the book include:

In addition to the interviews with the players, I spoke to a wide array of parents, coaches and fans about the players that are an important part of the Texas high school football fabric that is woven into every community in the Lone Star State.

Here are the links:

And, to get you excited for the book, I’m releasing bonus audio of my interviews with these incredible Texas high school football legends. Below, check-out the interviews I released so far:

Podcast: Our GoFundMe campaign to help High School Sportswriters who have lost their Jobs