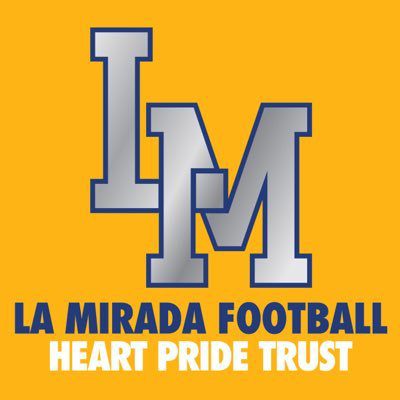 Edison has had an excellent season, riding the emotion of head coach Dave White‘s final season at the helm of the Chargers. Earlier this year, White announced that his 31st year would be his last.  Edison’s last sectional title came in 2012.

Edison has been led by junior quarterback Griffin O’Conner, who has thrown for 2,985 yards this season with 33 touchdowns with just five interceptions.

La Mirada senior quarterback Tristan Meyer has also had an outstanding season with over 2,200 yards through the air with 35 touchdowns and only one interception.

Earlier this week, I talked with La Mirada head coach Mike Moschetti about the importance of a team that has a bunch of seniors that won a state title last year.  You can listen to his answer below.

Moschetti and his players will be honoring Ethan Hawks, a Whittier Christian High School football player, who died after a freak accident in which he was hit by a of metal that crashed through his mother’s windshield while they were driving. The players will be wearing a decal with Hawks’ name and number.

In Honor of Ethan we will wear these decals on our helmets tomorrow night.
Whittier Christian.
Ethan Hawks.
HPT pic.twitter.com/gCAG0b7LNY