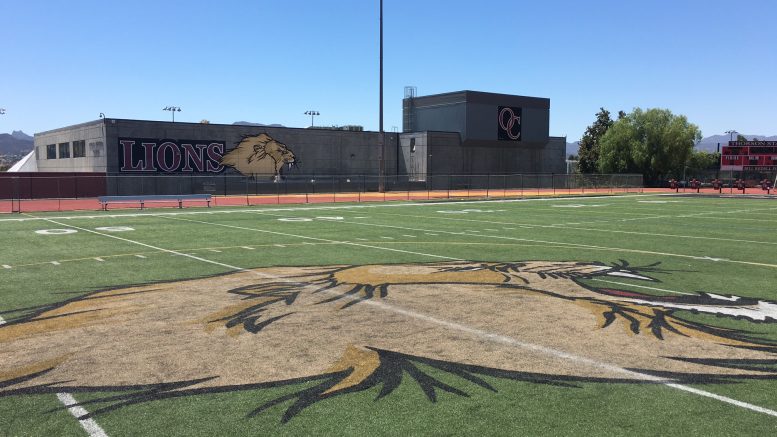 The 4th of July was nearly two months ago, but their were plenty of fireworks Friday night in Westlake Village as Oaks Christian, #7 in the High School Football America Preseason Top 25, exploded for 65 points in a 65-55 win over #4 Chaminade.

Matt Corral @corral_matt adds to the lead for Oaks big catch and run by Mycah Pittman @MycahPittman the TD … https://t.co/b5UQx3WdvE

Junior quarterback Matt Corral, who has given his verbal commitment to USC, threw for 419 yards and two touchdowns for Oaks Christian, which according to Eric Sondheimer of the LA Times nine sophomores.  Senior running back Brandon LaBrie ran for four scores on 123 yards rushing.