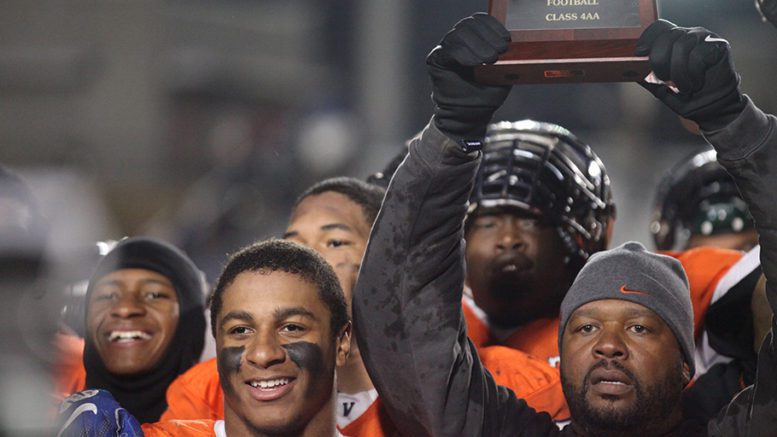 CHARLOTTE – Less than a year after leading the Vance Cougars to the 4AA State Championships, and narrowly falling to Wake Forest, head football coach Aaron Brand is following the trend set by several other prominent head coaches in North Carolina, and heading south of the border to lead the Irmo program.

While Brand was only a head coach in Charlotte for six seasons, his influence was felt far and wide in Mecklenburg County, and countless young men have had their lives made better because of the direction and leadership he provided.

On the field, his teams posted a 64-22 mark, but Brand will be most remembered by his caring personality towards his players, his ‘high octane’ – or shall we say; “all gas-no brakes” style of play, but also for the number of big-time quarterbacks that he mentored dating back to his days as an assistant at Independence, and later at Mallard Creek.

He takes over at Irmo for Reggie Kennedy who led the Yellow Jackets to a 5-5 mark in 2018. The move to Lexington County will also pit Brand against his mentor Tom Knotts as Irmo and Dutch Fork are arch-rivals on the gridiron.

by Chris Hughes of CarolinaPreps.com