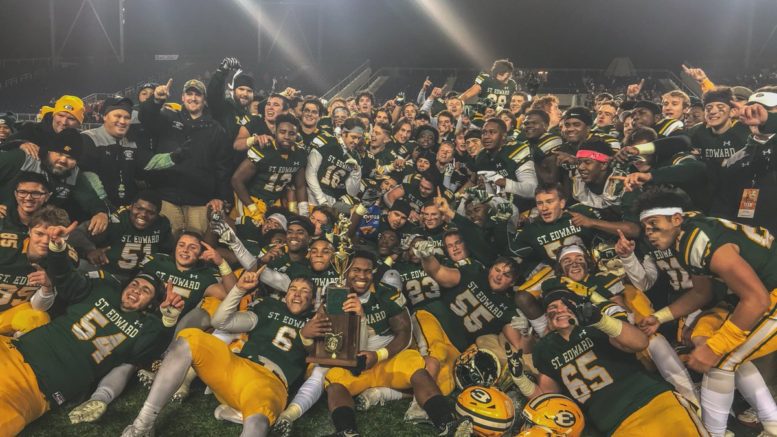 St. Edward never let an 0-2 start stand in its way this year and Friday night, the Eagles closed-out a great season with a 24-10 over Colerain to claim Ohio’s Division I state championship. The Eagles entered the game ranked No. 39 nationally, while Colerain was a perfect 14-0, ranked No. 15 in the High School Football America 100.

Colerain led 10-7 at the half, but the second half was all St. Ed as the Eagles outrushed the Cardinals 155 to 29. Senior quarterback Garrett Dzuro also threw two second half touchdown passes to Michigan commit Quintel Kent, who finished with eight catches for 120 yards. Dzuro was a perfect 12-of-12.

The championship is the fourth overall for St. Edward and first since 2015.

No. 13 Northwestern blanks No. 15 Carol City in Miami Showdown