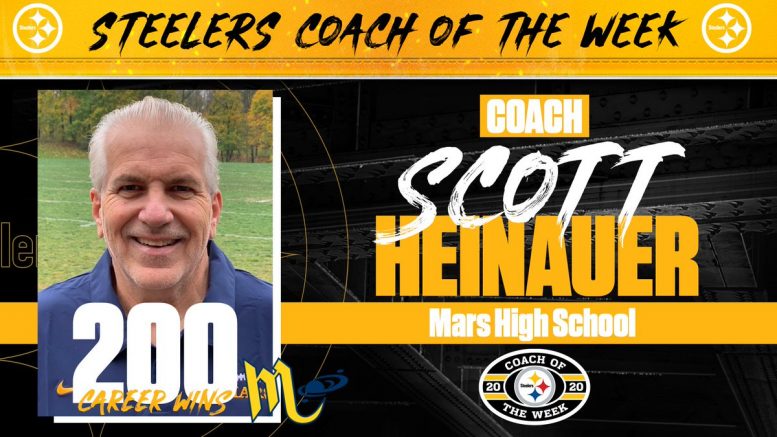 Congratulations to Mars High School head football coach Scott Heinauer on his 200th career victory and also being named the Pittsburgh Steelers‘ Coach of the Week. Heinauer, who has led the Planets since 1992, won his 200th on Friday in a 42-21 win over Greensburg Salem.

Week 6 Coach of the Week honors go to Coach Heinauer from @MarsHSFootball , who earned his 200th career victory in a 42-21 win against Greensburg Salem.

Week 6 Coach of the Week honors go to Scott Heinauer from Mars High School, who earned his 200th career victory in a 42-21 win against Greensburg Salem. The Planets are enjoying a 5-1 start to their season, which features a highly successful rushing attack, the trademark of Coach Heinauer team. In his first season as head coach of the Planets in 1992, they won only one game. But in his following 27 seasons, they have only had a losing season four other times. Congratulations on win number 200!