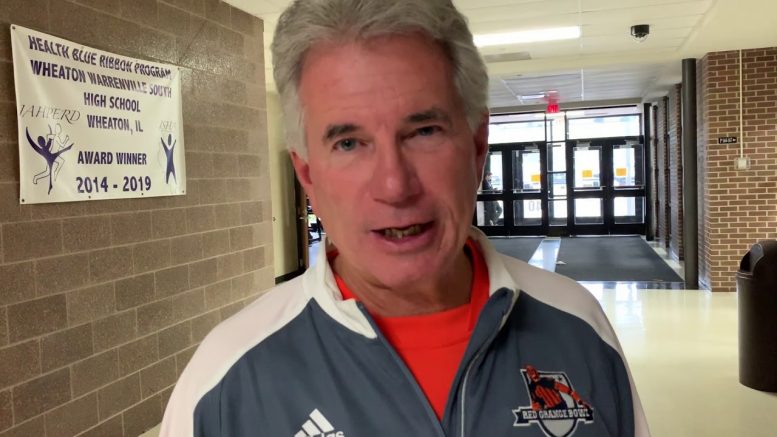 The highly-successful high school football coaching career of Ron Muhitch is over. Muhitch, who spent the last 19 years as the head coach at Wheaton-Warrenville South, announced that his retirement on Tuesday.

“I can’t begin to adequately thank all of my assistant coaches, team moms, managers, film crews, WW South staff and the decades of talented former players that have shared in our Football Program’s success.  Over the years, It has always been a TEAM and FAMILY approach that remains today as the pillars of strength and support in maintaining our program’s magic.

Our Program’s ‘Red Grange Coaching Philosophy’ reflects a cornerstone of beliefs and personal traits necessary for athletes to become successful people in life.  In a leadership role with high profile expectations by kids and families in CUSD200, I have always tried to prioritize those characteristics within our program’s educational outcomes.  They resonate the play and standards set by our most famous football alumnus, Harold Red Grange.  Ageless in value, they provide a template of success for our young athletes to remember long after their WWS competitions are finished.”

During the 2020 campaign, which was moved to the spring, because of the coronavirus pandemic, WWS finished 4-2.

Muhitch also appeared on the High School Football America Radio Show in 2017 to talk about his former player Corey Davis being taken No. 5 overall in the 2017 NFL Draft. You can listen to that interview below.