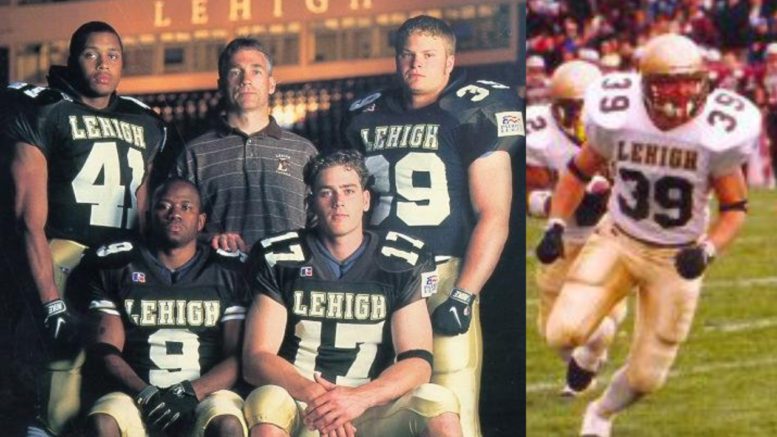 Having watched over 1,200 high school football games in-person, you can imagine I’ve seen tens of thousands of players that fit into many different categories from incredible athletic talent to hard-nosed and many others in-between. However, when it comes to the category toughest player pound-for-pound, I put one guy at the top of the list — Brett Snyder of Northwestern Lehigh High School in New Tripoli, Pennsylvania.

It was with deep sadness that I heard of Brett’s passing Monday morning after a battle with amyotrophic lateral sclerosis, otherwise known as ALS or Lou Gehrig’s Disease. Brett was diagnosed with the incurable disease in 2003 and told he’d probably only live a couple of years.

A tough day in New Tripoli with the passing of Brett Snyder. His brother @jshsnydr7 speaks out about what his brother means to him and everyone else. @nwtigerfootball @nwlehighsd @Colonial_League @PIAADistrictXI pic.twitter.com/30fbQanYZH

I’ll never forget the first time I saw Brett Snyder on the gridiron in-person…it was the District XI Class 2A championship game between Snyder’s Tigers and Catasauqua in 1995.

I remember the game like it was yesterday, because it was the first time as the weekend anchor at WFMZ-TV in Allentown that I ever personally picked-up a video camera to shoot the highlights for my evening news broadcast. Quite honestly, when you are looking through the camera lens, you get to see more than with the normal eye.

On that Saturday, I saw Snyder rip through the Catasauqua defense for 204 yards, including a 50 yard touchdown run that helped Northwestern bounce back from a 7-0 halftime deficit on the way to a 23-7 championship.

Snyder’s high school career ended a week later with a total over 4,300 yards rushing. He amassed 2,362 during his senior season with 33 touchdowns.

Amazingly, those statistics didn’t lead to a lot of college coaches traveling to New Tripoli to recruit the 6-1, 190-pound running back. In fact, I remember putting together a highlight reel for Brett at the request of his father, because of his lack of offers.

Enter Lehigh University, where Snyder became a four-year starter for the Mountain Hawks as a fullback. Yes, the kid many though was too small to play running back, became a tough-as-nails, undersized freshman fullback who bulked-up and learned to love blocking as much as carrying the football.

Brett’s teammate at Lehigh, quarterback Phil Stambaugh, who went on to play in the NFL, described his teammate this way, “He was an amazing guy. His battle with ALS showed how tough a person he really was and he was equally tough on the field. He was an unselfish player and human being. His legacy will be carried on by his family and in the memories of all his friends and former teammates. He was great friend and we will all miss him dearly.”