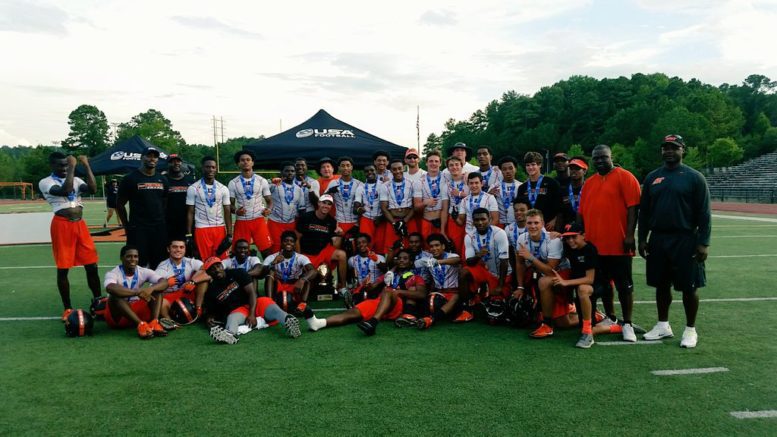 Alabama’s McGill-Toolen has been crowned USA Football 7-on-7 national champs.  The 2015 Alabama 7A champs beat Park Crossing in an All-Alabama championship game Saturday in Hoover, Alabama.

McGill-Toolen grabbed the championship trophy in the 48-team tournament, featuring teams from twelve different states, when wide receiver Jalen Tolbert caught a touchdown pass from quarterback Bubba Thompson in the final minute of the title game to seal a 19-10 victory.

The Yellow Jackets needed to beat Park Crossing twice after they lost to Park Crossing in the winner’s bracket championship game earlier in the day in the double-elimination tournament.

Congrats to @McTJacketsFB on a hard fought championship!

You put in the work and won as a TEAM ?? pic.twitter.com/n1j3arVq0H

McGill-Toolen finished a perfect 6-0 in poll play and

Below are the standings from pool play.