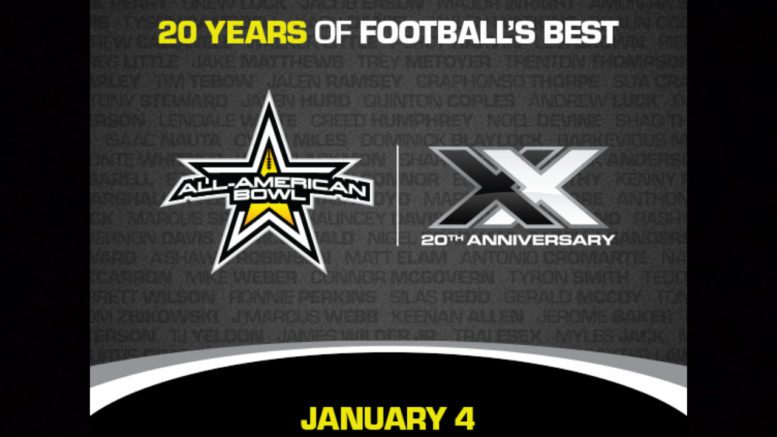 The All-American Bowl, which is now owned by NBC Sports, will be played for the 20th time this Saturday at the Alamodome in San Antonio, Texas.

The All-American Bowl is like a Who’s Who of football at the next level with 410 draft picks having played in San Antonio through the years. In addition 57 Super Bowl champions have donned an All-American Bowl uniform, along with 144 Pro Bowl selections and 16 Heisman finalists.