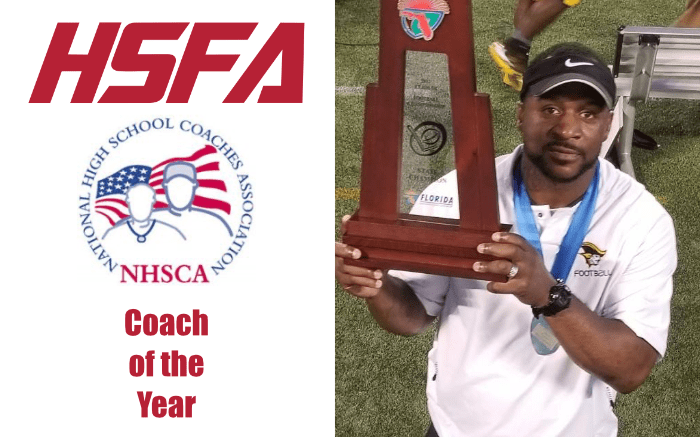 This past season, Surtain led American Heritage (Plantation) to the Florida 5A state championship, the school’s third overall under the direction of the former Surtain, who spent 11 seasons in the NFL with the Miami Dolphins and Kansas City Chiefs. Surtain took-over the American Heritage program in 2016 after serving as the team’s defensive coordinator for three seasons, during which time the Patriots won another state title.

Surtain is the fourth football coach from Florida to be honored by the NHSCA. Miami Central’s Roland Smith won the award for the 2014 season. George Smith of St. Thomas Aquinas was honored in 2010-11 school year and the late Charles “Corky” Rogers of The Bolles School was our first honoree during the 2004-2005 sports year.

Coach Surtain will receive a beautiful plaque and also be honored in National High School Digital Sports Hall of Fame that is currently under development.