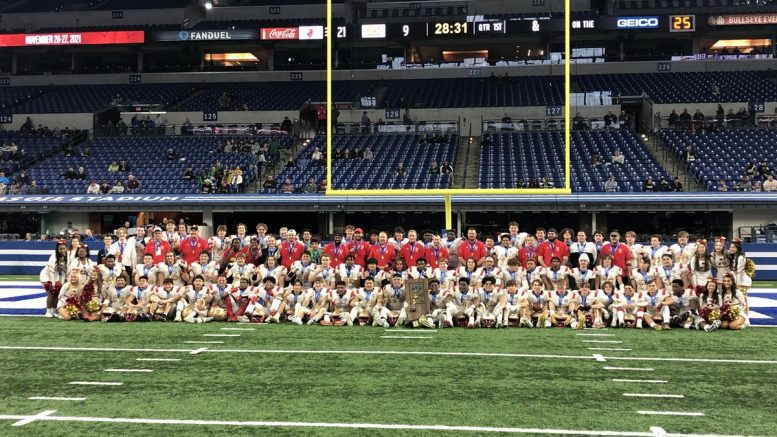 Bowen ran for 171 yards rushing on 24 carries. He also had six tackles from his linebacker spot, including 2.5 for losses.

He is an all-state candidate and a first team all-conference honoree in football and will participate in his fourth year with the 59ers’ basketball and baseball teams later this year. He was a member of Andrean’s 2019 state championship teams in both baseball and basketball.

He ranks in the top five of his senior class academically, is a National Honor Society member and an Andrean Ambassador.

He is the son of Shawn Ballentine and Julie Cantrell-Ballentine of Crown Point, IN. He is undecided on his college choice but he is interested in studying political science and/or pre-law.

The Indianapolis Colts, the presenting sponsor of the state tournament, presented a $1,000 scholarship to Andrean High School’s general scholarship fund in the name of Robby Balletnine.

PREVIEW: #17 Center Grove (IN) vs. Indianapolis Cathedral (IN)