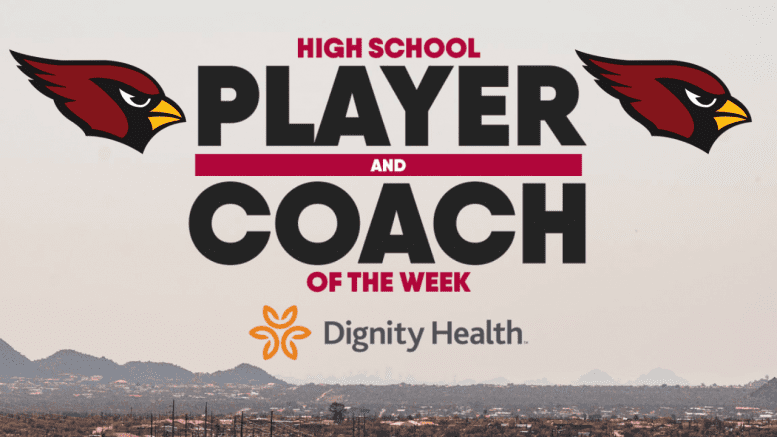 While it took awhile for the Arizona high school football season to start because of the coronavirus pandemic, the season is now underway and the National Football League’s Arizona Cardinals are celebrating by naming their first Player and Coach of the Week.

Zdebski is currently in his third year as the head coach of the Huskies.

The Cardinals’ Player of the Week is Valley Vista High School junior quarterback Burton DeLay. He threw for 421 yards with six touchdowns in a 45-17 win over Agua Fria.

Zdebski receives a plaque and a $1,000 check on behalf of Cardinals Charities in support of the Hamilton football program. DeLay receives a glass trophy for the honor.

Chandler moves to No. 1 in the latest Arizona High School Football Top 10