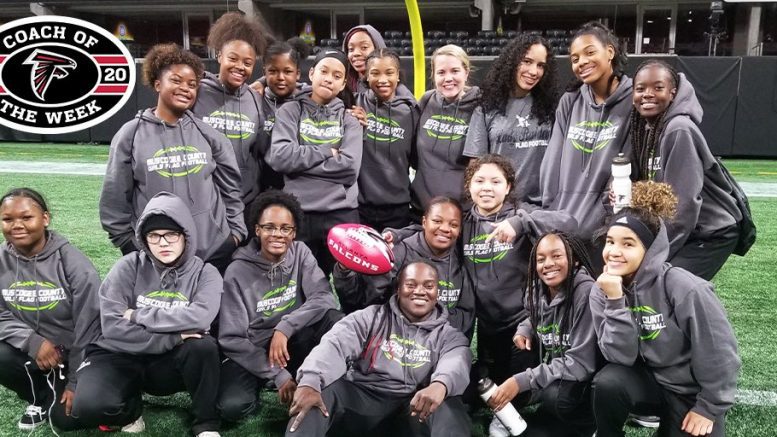 At the 2019 boys’ state football championships, the Falcons and the Georgia High School Association announced that girls’ flag football was becoming an officially sanctioned sport in the state thanks to a donation from the team and the Arthur M. Blank Family Foundation. In 2019, 52 schools across the state participated in flag football with more than 800 girls taking the field.