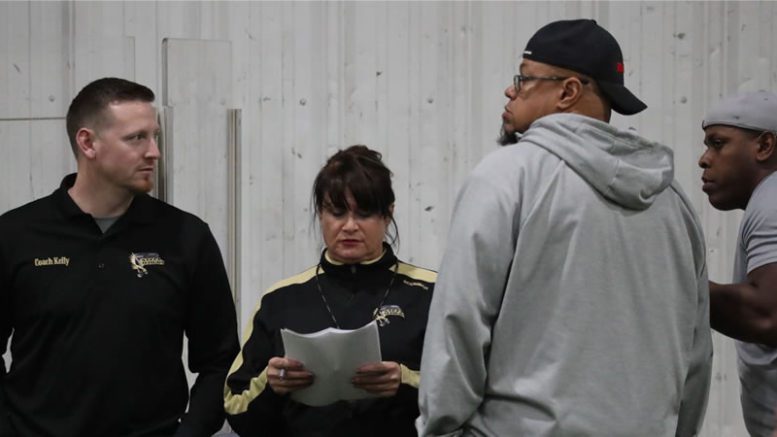 Lori “Lo” Locust, who has spent nearly ten years as an assistant football coach at Susquehanna Township High School in Pennsylvania will be heading to the Baltimore Ravens’ training camp next month to learn about coaching at the NFL level as part of the team’s diversity program. What that means is she’ll be a part of three preseason games with the Ravens that will give her an inside look at what it’s like to coach at the professional level.

Coach Lo has already gotten a look at the semi-pro level, having been an assistant coach with the Lehigh Valley Steelhawks in of the National Arena League. She’s currently in her second year with the team located in Allentown, Pennsylvania. This year she’s serving as a defensive assistant coaching the defensive Lineman and linebackers, plus she’s Co-Special Teams Coordinator.