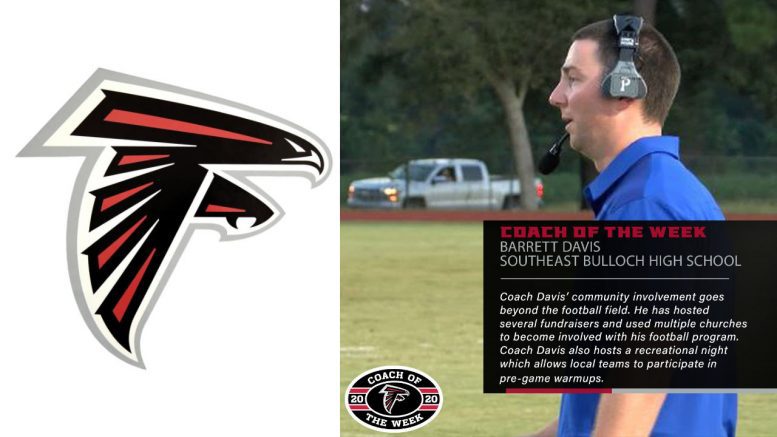 Southeast Bulloch High School (Brooklet, Georgia) head football coach Barrett Davis is being honored by the National Football League‘s Atlanta Falcons as the team’s first Coach of the Week for the 2020 season. Davis is in his third season as the head coach at SEB

Coach Davis and the Yellow Jackets opened the season last week with a 31-13 win over Screven County.

Round of applause for our first Atlanta Falcons Coach of the Week – Barrett Davis from Southeast Bulloch High School👏#PlayFootball pic.twitter.com/M5Xexn13dV

As part of the Coach of the Week program, the NFL and Atlanta Falcons will recognize head high school varsity football coaches across the state of Georgia for their hard work and dedication to making a difference in student-athletes lives on and off the field. Each winning head coach will receive a $1,000 grant for their football program, a commemorative football and tickets to an Atlanta Falcons home game.

Proud of our kids and great community for all they do! Go Jackets! https://t.co/cRgnvFDgTH