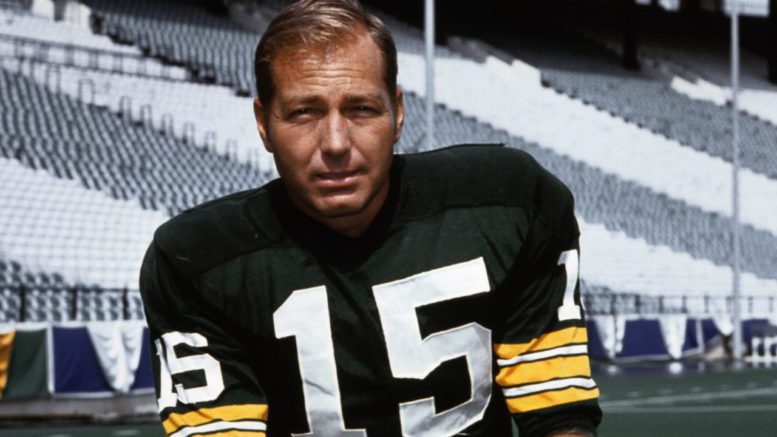 Bart Starr, one of greatest to ever play the game, passed away over the weekend at the age of 85.

During his sophomore season, Starr thought about quitting when he was told he would be on the junior varsity team. His father, a master sergeant at Maxwell Air Force Base, told Bart that he had two choices — play football or work in the family garden. Bart chose the game that led him to becoming a 5-time pro football champion.

Starr became a starter in the second game of his junior season when he took over for Don Shannon who suffered a broken ankle. He led the team to its first undefeated season since 1939.

Starr became one of the top recruits in the south by finished his senior season completing 69-of-122 passes for 1,029 yards with 17 touchdowns before going on to play for the University of Alabama.

One of the biggest games of Starr’s high school career came on October 26, 1951 when Sidney Lanier traveled to Louisville, Kentucky to play Manual High. The Poets won the interstate battle easily with a 25-7 victory that improved their record to 6-1 on the season.

Starr completed 8-of-14 passes for 130 yards with two touchdowns. In the game summary, the Courier-Journal also touted Starr’s punting abilities. The newspaper pointed-out that he punted four times for an average of 41 yards.