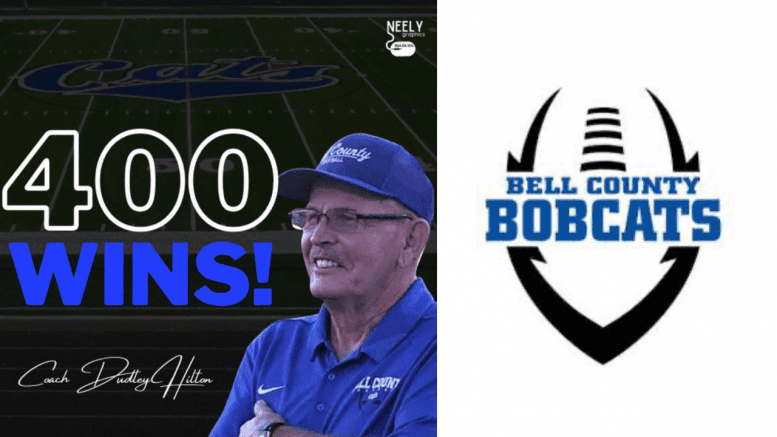 Coach Hilton gets win number 400! His overall record is 400-133, while his total record at Bell County is 294-64. He is currently 2nd for all time wins in Kentucky High school football history. Congrats Coach!!! pic.twitter.com/f1ZQ0u3FaN

The 400-win milestone occurred on the same night that Georgia’s Alan Chadwick also reached 400 wins. Hilton and Chadwick are the 37th and 38th coaches to reach the 400-win mark.