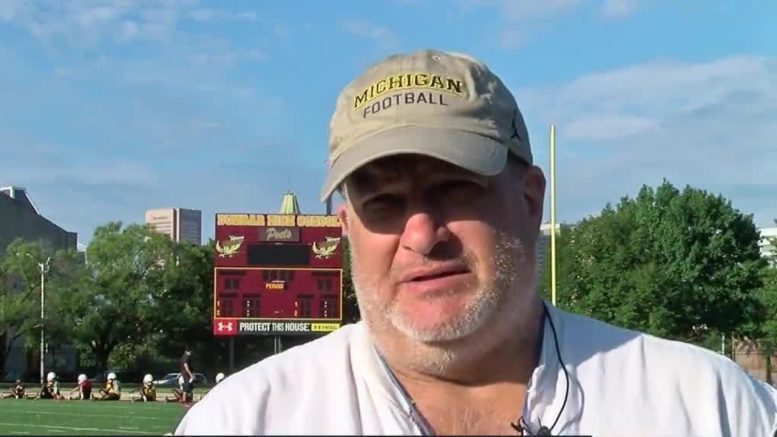 Before Biff Poggi, St. Frances Academy in Baltimore, Maryland was an ordinary high school football program. When Poggi took-over the program in 2017, he invest his time, his money and his football knowledge to help the Panthers became a national power.

This week, SFA players learned that they will be returning to life before Poggi.

The Baltimore Sun announced earlier this week that Poggi is leaving the school to become an associate head coach at the University of Michigan. In his place, St. Frances has named Messay Hailemariam as the program’s head coach. Mailemariam was the Panthers’ head coach from 2011 to 2015. He has been on Poggi’s staff as an assistant for the last four years.

During Poggi’s reign at SFA, the Panthers rose from the bottom of the Maryland Interscholastic Athletic Association to the top. However, the success led to others in the MIAA refusing to play the Panthers.

There were a variety of reasons for un-scheduling SFA. The main reason was safety, with Poggi amassing players from around the region, who came to the Baltimore school for a shot at playing Division I college football. Many of Poggi’s players moved-on to play at Power 5 schools.

In 2018, SFA was forced to play a national schedule when MIAA teams cancelled their games against the Panthers.

At one point, the Panthers roared on a 26-game win streak, rising as high as No. 2 in the 2019 High School Football America 100 national rankings powered by NFL Play Football, the NFL’s initiative to provide fun and engaging experience for players of all ages and skill levels. SFA finished No. 3 in our 2019 national high school football rankings.

Due to the coronavirus pandemic, SFA only played one game last season. With another powerful national schedule, look for the Panthers to be highly-ranked when we release our Top 100 on Thursday.