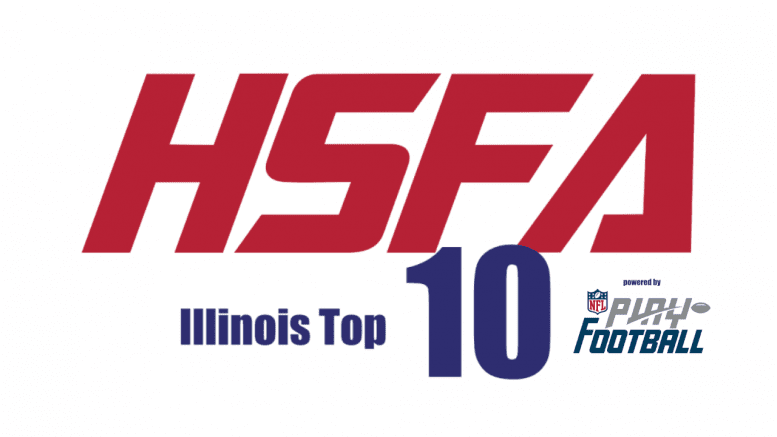 Only East St. Louis held its spot in the latest High School Football America Illinois Top 10, powered by NFL Play Football. The rest of the Top 10 is completely shuffled heading into the state championships at Northern Illinois University.

ESL, which is also ranked No. 47 in our national rankings, will play No. 8 Cary-Grove for the Class 6A state championship.

The shocker of the week was in the 8A playoffs where Loyola Academy, ranked No. 2 in the state and No. 73 in the nation, was upset by unranked Lockport Township 35-21. The upset moves the Porters into the statewide rankings at No. 4.

Lockport will play No. 6 Maine South in the state championship. Maine South advanced to the title game after beating former No. 8 Marist 35-33.

The 7A championship game will also be a Top 10 head-to-head matchup. No. 5 St. Rita will square-off with No. 10 Wheaton North. The Falcons, who are making their first-ever appearance in the Top 10, made it to the title game by upsetting Brother Rice 45-27.