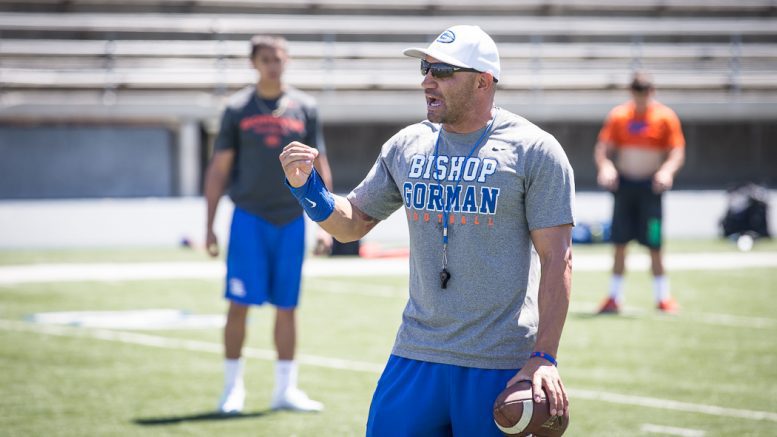 Kenny Sanchez is back as the head coach of Bishop Gorman (Las Vegas) after the school reinstated him on Thursday.

Sanchez, who led the school the 2016 High School Football America “mythical” national championship, had been suspended since April after he was arrested on a warrant stemming from a domestic abuse charge.  Earlier this week, Sanchez was found not guilty in court.

A trial was held even though Sanchez’s ex-girlfriend Brooke Stewart announced several weeks ago that she made-up the domestic abuse story.

In the release, Kilduffthe said, “As a result of our meetings, and our internal review, BGHS has lifted the suspension of Mr. Sanchez and he will resume his responsibilities as a Dean of Students and head football coach at Bishop Gorman.”

Bishop Gorman will enter the 2017 season riding a 54 game winning streak, the second longest active streak in the nation.

Do Your Football Gloves Fit Properly?