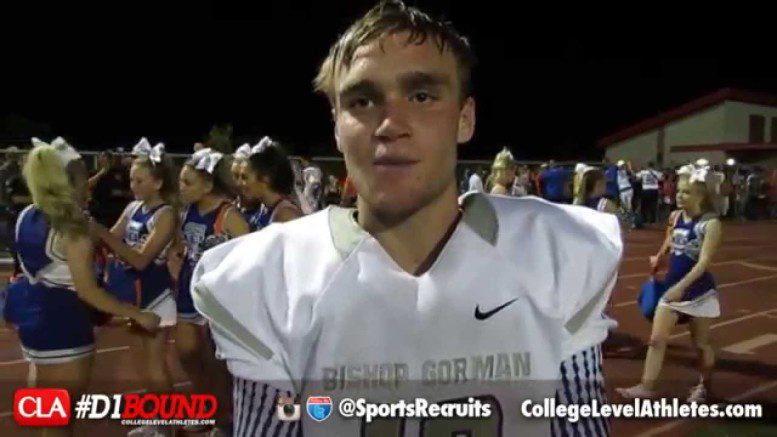 Bishop Gorman and Texas A&M-recruit Tate Martell, who is considered a 5-star prospect punched his ticket to the event that will be held later this year at Nike World Headquarters in Oregon.

Martell has led the Gaels to two championships in his time at the helm of the program that comes in to 2016 with seven straight Division I titles.

According to Gorman’s stats on MaxPreps, Martell has passed for 5,145 yards and 72 touchdowns with only eight interceptions.  He’s completed over 58 percent of his passes and has a quarterback rating of 132.1.

Related: 10 players punch their tickets to The Opening 2016 from LA Regional

High Schools to be honored with Golden Super Bowl 50 Balls