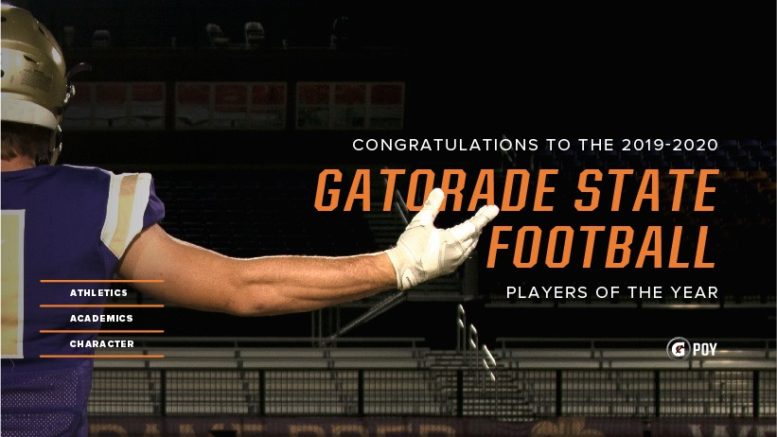 Washington-recruit Rome Odunze, who had an outstanding senior season for Bishop Gorman is the 2019 Gatorade Nevada High School Football Player of the Year.

Below is the Gatorade news release:

The 6-foot-3, 195-pound senior wide receiver caught 54 passes for 1,222 yards and 15 touchdowns this past season, leading the Gaels (11-2) to the Class 4A Desert Region championship game. Odunze compiled at least 100 receiving yards in 12 of the 13 games he played, and scored a touchdown in all but one. A 2018 First Team All-State selection, he concluded his prep football career with 121 receptions for 2,699 yards and 31 scores.

Odunze has volunteered locally with Catholic Charities of Southern Nevada in addition to donating his time to the Special Olympics and as a youth sports camp counselor. “In my 24 years of coaching I have not seen a player that creates such a huge mismatch against his opponents,” said Andy Ostolaza, head coach of Silverado High. “Rome is one of the best wide receivers I have seen in my career.”

Odunze has maintained a weighted 3.47 GPA in the classroom. He has made a verbal commitment to attend the University of Washington next fall.

As a part of Gatorade’s cause marketing platform “Play it Forward,” Odunze has the opportunity to award a $1,000 grant to a local or national youth sports organization of his choosing. He is also eligible to submit an essay to win one of twelve $10,000 spotlight grants for the organization of choice, which will be announced throughout the year.

To learn more about the Gatorade Player of the Year program, check out past winners or to nominate studentathletes, visit www.Gatorade.com/POY, on Facebook at www.facebook.com/GatoradePOY or follow us on Twitter at
www.twitter.com/Gatorade.