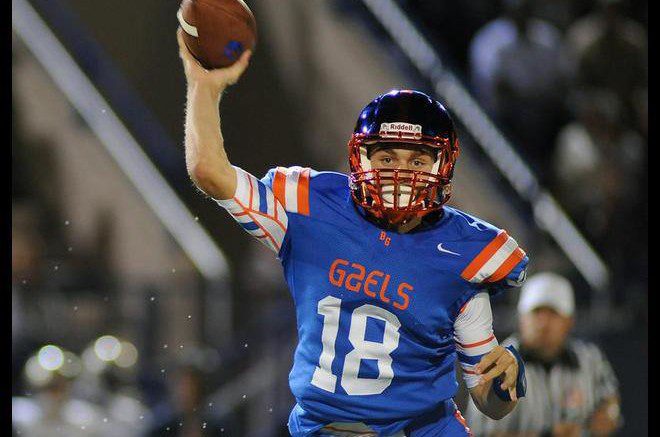 Martell finished his career 45-0 as the school’s starting quarterback with 113 touchdown passes. During his senior year, Martell completed 136 of 215 passes for 2,362 yards and 41 touchdowns with just one interception. He also ran for 1,257 yards and 21 touchdowns. He was selected to play in the 2017 U.S. Army All-American Bowl.

In the classroom has a 3.32 GPA, plus he volunteers as a youth football coach and mentors elementary school students. Martell will be attending Ohio State University in the fall.

“Tate is an excellent example what this award stands for,” said Eric Hess, Executive Director of the NHSCA. “Tate has excelled on the field and in the classroom. In addition, he is an active in volunteering in his community as well. He is the total package of a student-athlete.”

Martell is the first winner of the National Senior Football Player of the Year Award from the state of Nevada.

This the 18th year straight year the NHSCA will honor achievers in the high school athletic community nationwide with its Athlete of the Year Award in 20 boys’ and girls’ sports. Other winners will be announced throughout the rest of the 2016-2017 school year.