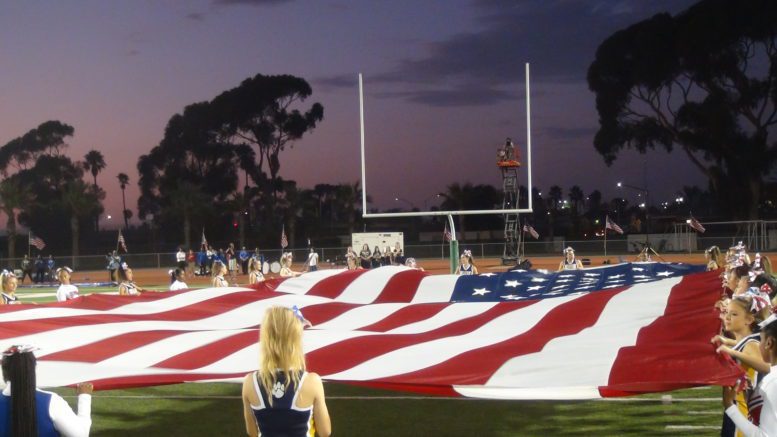 We hear about it and read about it every day. The great sport of football is almost constantly under fire. We’ve had major sports figures like LeBron James say he will not let his boys play football, even though he was an all-conference wide receiver in high school. We have had former presidents like Barack Obama claim that if he had sons he would not let them play; and we have even had perpetual super bowl halftime performer, Justin Timberlake say he will not let his sons play football (come on Justin…chances are your boys are going to be just like you and not WANT to play football, so please stop it.) There are even major motion pictures like “Concussion” where super famous actor Will Smith plays a doctor whose life ambition is to prove the correlation between football and brain injuries.

But have we really asked ourselves why it is only football everyone is always after? Hockey, Boxing, and even Soccer have elements of danger that can lead to a brain injury. Kids can be hurt in those sports just as easily. Someone could come down awkwardly on the hardcourt while playing basketball or volleyball and very easily be paralyzed for life. Yet the focus is big bad football. Why? Well, I think I have an answer and it is this…FOOTBALL IS HARD. Yes, it is that simple. FOOTBALL IS HARD AND WE LIVE IN A SOFT SOCIETY. Parents do not want their kids pushed hard in football. Why? Because they are not pushed hard at home. Every sport on the planet has a degree of difficulty to it, but nothing compares to football. No matter how difficult a baseball practice might be, it is always fun to take batting practice; no matter how difficult a basketball practice might be, it is always fun to shoot a ball. Football practice, football preparation, and a good football culture are not always fun and easy to do; but they do build better young men, and it is a microcosm of life unlike any other sport.

In my career, I have heard it many times from parents and outsiders “football is too dangerous,” “you can get a concussion and die playing football.” My response always is “driving home today is dangerous; and if you are not careful, getting into a wreck can cause a concussion and may lead to death.” Let’s be honest; with the regularity of school shootings in this country, sitting in classroom is more dangerous than anything else. So do we remove our children from school? We now have four states, Illinois, New York, Maryland, and California, trying to pass legislation that outlaws tackle football before the age of 12. Utterly ridiculous. Let’s take it a step further, shall we: let’s home school them, not let them leave the house, not let them go outside by themselves, lets try to pass legislation that outlaws the common cold and flu, in essence, let’s make all our young boys live in a bubble so nothing bad could ever POSSIBLY hurt them. Most of these parents and opponents of the sport that are saying these things never played the game and do not realize its value. They do not want their boy to be coached hard, disciplined, and developed. They do not want their boys to learn what true core values are. So instead of just saying “this is not for us; I do not want my son going through anything difficult; I want to shield him from any adversity,” they use the old “concussion” and “injury” excuse. The sport of football has made more adjustments and improvements to prevent injuries than any other sport on the planet. Helmets and shoulder pads get better and safer every year, and constant education is provided to coaches and players year in and year out. So that injury excuse just does not fly anymore.

John Harbaugh wrote an article in 2015 that perfectly defines what I am talking about. As he so eloquently stated, it demands discipline, it teaches obedience, and it builds character; and never, ever have you heard someone say when they are done playing, “Man, I wish I would not have played, I got nothing from it.” What needs to happen is all of us coaches at all levels and all parents who let your boys play football, need to bond together and defend our great sport. It is as simple as this: FOOTBALL MATTERS AND IT ALWAYS WILL. It is the greatest sport on the planet and nothing will ever change that. Nothing.

RECOMMENDED BOOK OF THE WEEK: I realize in my last blog that I stated I would give a recommended book of the month, but since I am going to be writing two blogs a month, that title just does not make much sense, now does it? So I renamed this segment and I am going to give a recommendation with every blog. This week’s pick is “Quiet Strength” by Tony Dungy. It is an incredible combination of football, leadership, and faith. Even if your faith is not as strong in Coach Dungy’s or if your beliefs in a higher power differ, the book offers an outstanding vision of hope and determination. It begins with Dungy’s journey as a player, shows the insurmountable odds he faces making the Pittsburgh Steelers team in the 1970’s, details his ascension to head coach in Tampa Bay, his Super Bowl victory as head coach of the Colts, and his crushing tragedy of having his 19 year old son take his own life, a catastrophe that would completely destroy most people. Perseverance and believing in something bigger than yourself are themes throughout this book and the message resonates tenfold.