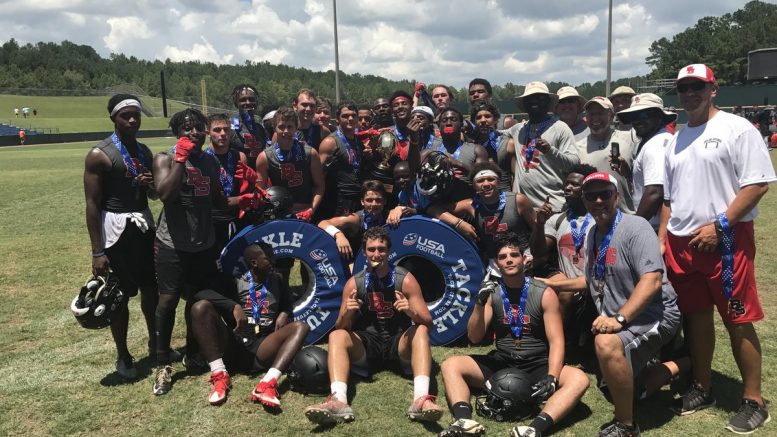 Boiling Springs (South Carolina) didn’t let being a No. 25 seed prevent them from having an outstanding day in the championship bracket of the USA Football 7 on 7 National Championships at Hoover High School in Alabama.  The Bulldogs disposed of No. 1 seeded Walton (Georgia) in the quarterfinals and then beat No. 5 McGill-Toolen (Alabama) in the semis before taking-down host and No. 3 seed Hoover 29-17 in the championship game.

Congratulations to @BSH_recruits for bringing back that championship trophy to Boiling Springs!! First team from S.C. to do that!! pic.twitter.com/a1w2QjNgb3

Boiling Springs is the first team from South Carolina to win the event at Hoover.

Past National 7 on 7 Champs at Hoover