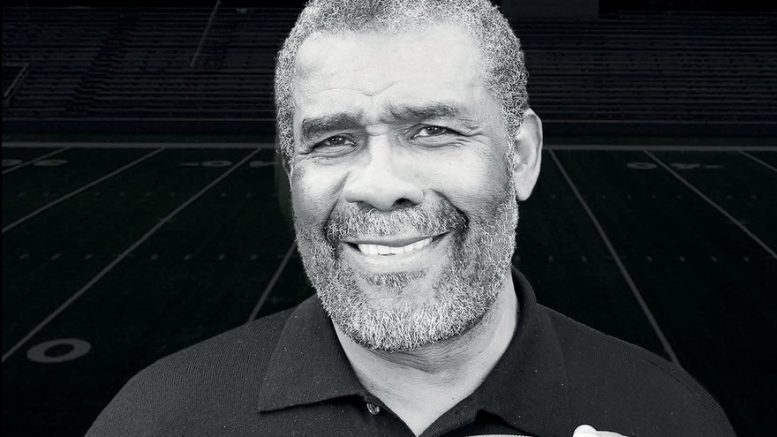 As a teenager in eastern Pennsylvania in the 70’s, it was enjoyable to watch the Pittsburgh Steelers go from the perennial losers in the western part of the state to the four-time Super Bowl champs.  At the heart of those four titles was a blue collar defense known as the Steel Curtain, led by defensive tackle “Mean” Joe Greene.

Last week, author Jon Finkel and Greene, who is a member of the Pro Football and College Football Hall of Fames, released Built by Football, a very enjoyable memoir by the Temple, Texas native.  The 165-page book gives readers a great inside look into Greene, who went from a big, timid teenager at Dunbar High School to one of the best all-time defensive linemen in the NFL. Greene goes in-depth about going from being bullied as a teenager to becoming a bully himself with a temper that spilled-out on the football field.  In the book, Greene admits that he was thrown-out of nearly every high school game during his time at Dunbar, where he played linebacker. Greene writes that he argued with officials a lot.

Listen to Joe Greene talk about his book

It wasn’t until he turned pro before he got his temper in-check, thanks to Steelers’ head coach Chuck Noll, who Greene says politely pointed-out that he was hurting his team with penalties, plus told him that officials are people too.

Throughout Built by Football, Greene talks about the character of Noll, including a wonderful story about the time when the Steelers found the Houston Oilers’ playbook.  What would you do, if you found the other team’s playbook?  Greene takes you inside the Steelers’ locker room to let you know what Noll did.

Greene gives credit to his high school coach Lester Moore, who taught him about out-hustling the other guy.  It was something that stuck with Greene, who believe it or not, was always picked last or next-to-last during pick-up games as a youth.

While there have been lots of stories about those Steeler championship years in the 70’s, Built by Football, which includes forwards by Franco Harris and Dan Rooney, provides readers with fresh stories from the guy in the trenches of the Steel Curtain.

Built by Football can be purchased on Amazon.

Hall of Fame Cornerback Ken Houston on the 2 Minute Drill